A Lack of Permission, An Influx of Music, and a Complete Disregard for Contentment: The Chief Keef Leaks

There’s something so attractive about that which we are not allowed to have. And for those that do have, the exclusivity from the other side of the window is clearly captivating. Is this why we drool over 45 shaky seconds of iPhone-captured video starring Chief Keef listening to his own music? Music that only he has? If such reasoning isn’t totally sufficient, it must be mostly because Sosa’s own YouTube upload of himself and Ballout playing “Doritos Day”, a song that hasn’t been released since it’s internet arrival 3 years ago, as it echoes throughout his unfurnished 2013 home has garnered over 100,000 views. Keep in mind there are artists slaving in studios for incomprehensible amounts of time a night, forgoing sleep to create music that struggles to break 50,000 views while a at-the-time 17-year-old facing blunts accompanied by a friend who can’t be bothered to look away from his phone film themselves listening to a song we come to find out they don’t even care about do double that.

Chief Keef playing a snippet of his song Doritos Day, shown on his YouTube Page

And that’s what’s most fascinating: wildly devoted fans anxiously await unpromising rumors of third-party releases concerning these songs in optimism while the creator disregards them completely. There’s no doubt Keef knows the value of his unreleased work, but since he personally dislikes their sound, he’s chosen to keep driving without looking back while those who live and breathe the work of Sosa are left in a cloud of confusion and an undying sensation of denial. Sure, it may be against Almighty’s better business sense to keep these songs in a safe he forgot the combination to, but this is a man who doesn’t care how detrimental his choices are as long as he’s happy (e.g. his entire career).

As far as quality, the leaks we’ve received are on opposite ends of the Sosa spectrum: really good or really bad. With the bad, we brush it off, chalk it up to another one of his extraordinarily high music-making sessions where he probably couldn’t even churn out his ABC’s, and ready ourselves for the next batch. See, we’re well-versed in the exceptional lengths of his talent, therefore, abandoning the artist who’s given us audio grails like “W.W.Y.D.” and “Chiefin Keef” because of a few slip-ups is enigmatic. With the good, we celebrate. It’s gratifying when the artist accommodates his position of prestige within the making of music. We remain convinced. But every high has a come down and the concept of fulfillment is foreign to the Keef fanatic.

Accompanying every uploaded leak is a bombardment of listeners simply wanting more. “Drop ______” is a saying to those who follow this music that’s all too echoing. No amount is ever enough, but it comes with the territory of a rapper who continuously flashes secondhand sections of what he’s composing, listening to. Why? Because we don’t have what they do. There’s always gonna be a “Leanin” and when that’s finally obtained and shared, whatever’s on deck to bat is where the focus falls heaviest. The cycle is an art and a science that doesn’t display any want to slow down. If there’s a consumer, there’s a product and to keep the circulation circulating, vice versa applies. The field of leaked Chief Keef music is something the previously specified patrons can’t say “no” to. The cost of this activity isn’t important because we have another minute and a half of autotuned and 808-riddled exhilaration.

We Finally Made A Beat In 10 Minutes

Another video of the Beat The Clock Challenge. New video every tuesday and thursday. Wow...finally...we made a full beat in 10 minutes (minus mixing and mastering). What do you all think? yea yea...its basic...I know..let me just enjoy this simple accomplishment. Probably will still work on this video a bit and then upload the finish…

Watch Tony of Beat It AT make a chill RnB style beat in FL Studio 12. Who do you hear on this beat? And what do you think about this beat? Use coupon code: Desc18 On any products at Beat It AT's website. Save 10% On Your Order rebrand.ly/produ52073 All the files used in the… 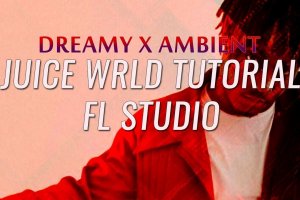 How To Make A Dreamy Ambient Juice WRLD Type Beat👀🌀

We're currently offline. Send us an email and we'll get back to you, asap.

Type and press Enter to search

This website uses cookies to improve your experience while you navigate through the website. Out of these cookies, the cookies that are categorized as necessary are stored on your browser as they are essential for the working of basic functionalities of the website. We also use third-party cookies that help us analyze and understand how you use this website. These cookies will be stored in your browser only with your consent. You also have the option to opt-out of these cookies. But opting out of some of these cookies may have an effect on your browsing experience.
Necessary Always Enabled
Necessary cookies are absolutely essential for the website to function properly. This category only includes cookies that ensures basic functionalities and security features of the website. These cookies do not store any personal information.
Non-necessary
Any cookies that may not be particularly necessary for the website to function and is used specifically to collect user personal data via analytics, ads, other embedded contents are termed as non-necessary cookies. It is mandatory to procure user consent prior to running these cookies on your website.
SAVE & ACCEPT